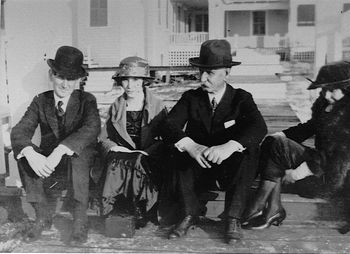 The Bellamy Family at Wrightsville Beach, NC.
The sons of Dr. John D. Bellamy would follow in their father’s footsteps and become successful students and career men in and outside of Wilmington. Marsden, the eldest of the sons, became a prominent trial attorney in Wilmington. William had a successful medical practice of his own, just as his father and grandfather had in Wilmington. George became a farmer and took over Grovely Plantation, land that his father purchased in 1842, in Brunswick County, North Carolina. The youngest son, Robert, became a successful businessman in the pharmaceutical industry. John Jr. attended Davidson College and the University of Virginia Law School and eventually became a successful politician in the conservative Democratic Party. From 1899-1903, John Jr. represented North Carolina as a United States Congressman. Chesley Calhoun unfortunately died at the young age of twenty-one, while studying at Davidson College. 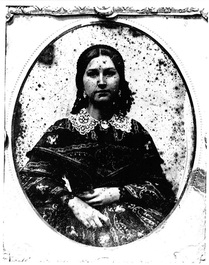 John D. Bellamy's other daughters,  Eliza and Ellen, would live out their days unmarried in the family mansion on Market Street. One child, Kate Taylor, died as an infant in 1858. All together, the children of Dr. and Mrs. Bellamy would have thirty children of their own.